One In The Same

These images are all one in the same photo.
The very first image was the actual, original capture.
I cropped in closer to the stems of the yellow flowers with each image.
While the photo doesn't seem to be anything special,
I thought the little insects running up and down the stems were amazing.
I didn't even realize I was capturing them until later,
when I opened the image up in my Adobe software.
My original intention was to capture the yellow flowers on a windy fall day.
But instead, I accidentally captured something much more exciting. 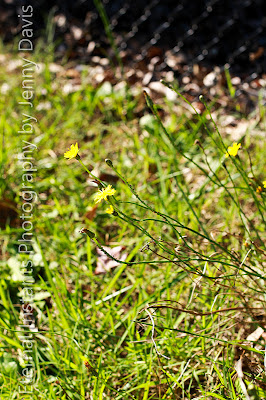 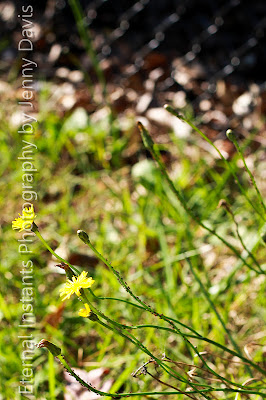 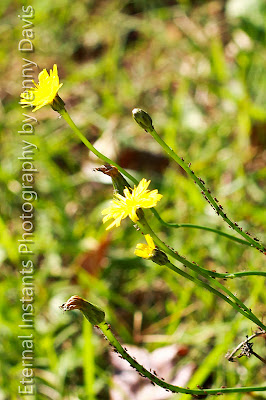 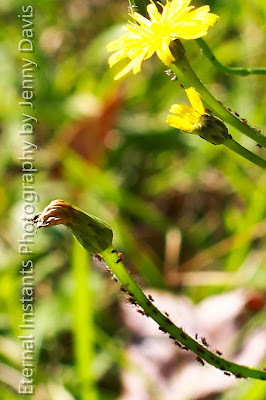 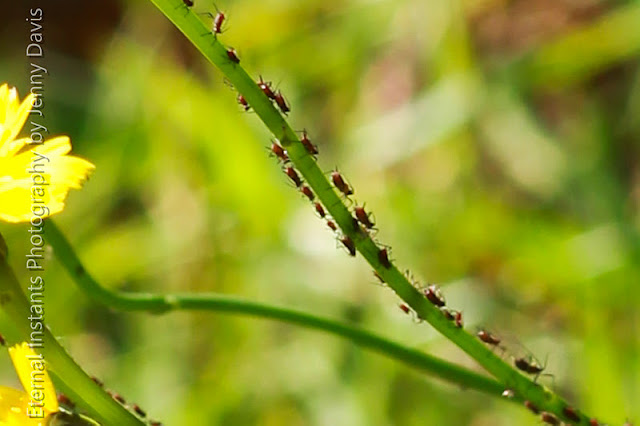 God sometimes has a way of giving us little blessings without us even recognizing that he's done it.
It isn't until later that we actually realize the blessing was there all along.
It isn't until much later that we recognize his amazing way of working in our lives.
At least, that's the way I choose to see it!.
Posted by Eternal Instants at 12:19 PM

Thanks for stopping by!

Hi! I'm Jenny, a natural light photographer serving the Upstate and Greenville, South Carolina area. I am an adored wife and homeschooling mother of three beautiful girls. My vice is coffee. I love it. I also love sushi, fried chicken, cake, the color green, and everything organized! I am constantly amazed at God's love and grace. Grab a cup of coffee or glass of sweet tea and take a look around the blog.

E-Mail us for a
complete listing of
Eternal Instants Collections! ~

My Partner For Life

Keep in touch with Eternal Instants